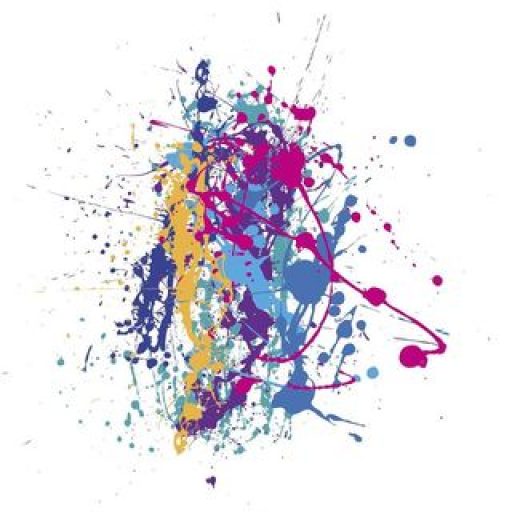 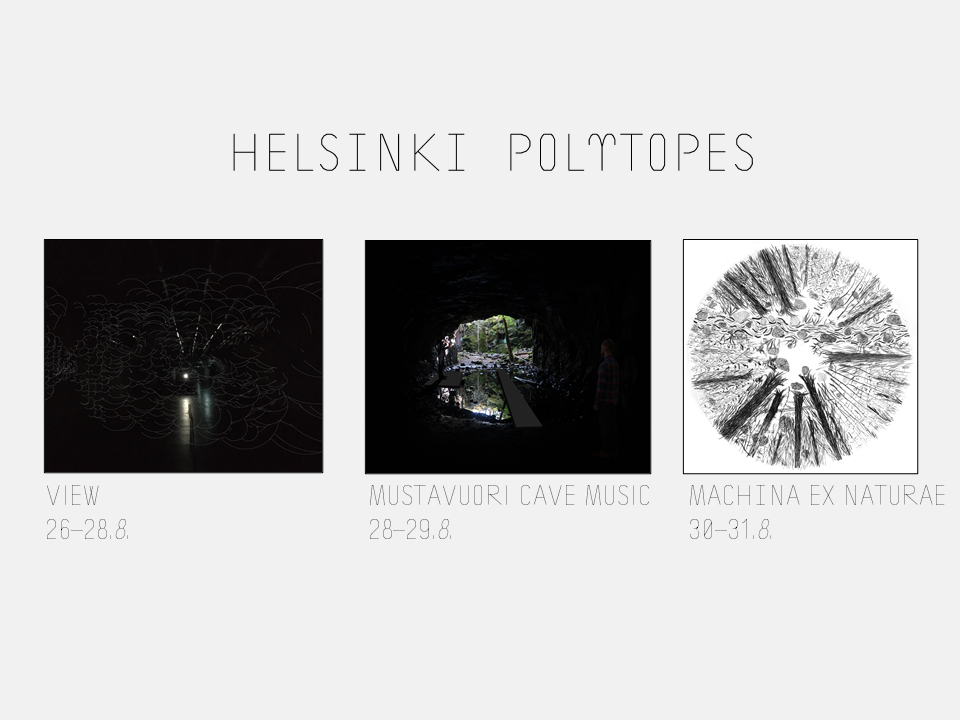 Korvat auki has been supported by Taike.

The works in the Helsinki Polytopes series are sounding spaces and situations, created collectively composers and architects. The series, which started in February 2021, continues during the Helsinki festival, as we’ll experience the sensory blurring installation view, the work Cave Music, inspired by a cave in the Mustavuori forest, and MACHINA EX NATURAE, which is a musical interpretation of the Keskuspuisto park.

The series has been conceived together in collaboration by Korvat auki, New Academy architectural programme and Musica nova Helsinki festival.

Read Tuomas Toivonen’s writing on the project, its background and its meanings

The works in Helsinki Polytopes series are collaborations between composers and architects, site-specific musical spatial pieces that reconsider the disposition of sound, space, audience and place.

Though the pieces differ in form and content, and take place in very different environments around the city, they all conceive sound and space as a composed and designed entity. As part of their work, each team has also developped their own form of notations, a specific visual language to mark and arrange the music, duration, structures, spaces and experience of the piece. Collected material of these notations is published as part of the project.

The name polytope refers to the groundbreaking multimedia works by Greek-French composer Iannis Xenakis in the 1960s and 1970s. Polytope literally means “many-place”, and Xenakis – who was also an architect and a mathematician – envisioned the live performances as compositions sound, architecture, light, effects and movements of people.

The Helsinki Polytopes began in early 2020 as a joint project between Korvat Auki ry, an association of young composers, architecture education platform New Academy and Musica nova and its artistic director André de Ridder. During the preparation of the pieces, the global pandemic has completely transformed and paralysed the field of performing arts and music. The development of new, safe formats for compositions, audience experience and performance became one of the central themes for these works.

Helsinki Polytopes pose essential and urgent questions about the shifting relationship between audience, space, place and music, and the social form of performance and listening. We welcome you to explore the world of Helsinki Polytopes.

Tuomas Toivonen. The writer is a tutor of the Helsinki Polytopes project, an architect and co-founder of the New Academy architecture education platform.

👂🏼👂🏼An introduction to each work is found behind the links. Welcome to explore the Polytopia! 👂🏼👂🏼

A sensory-blurring installation that leads the visitor to the edges of their capability of hearing and back again. Starting with the full hearing range, descending underground, soundwaves start to escape towards other spectrums.

A performance inspired by a cave in Mustavuori forest. “What happens when music is taken out of conventional spaces? In the time of COVID-19, the entire “spatial contract” of society has been reassessed – what is the social andspatial form of music in 2021?”

➡ A musical nature trip at Mustavuori area Vuosaari. We’ll send detailed location to all who have registered.

A sound installation interpreting the Keskuspuisto forest, under a large cathedral-like space of a bridge underpass!

The event is part of the programme for Helsinki festival.